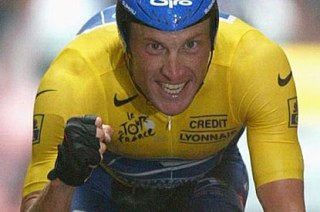 “I want to die at a hundred years old after screaming down an Alpine descent on a bicycle at 75 miles per hour. I don’t do anything slow not even breathe. I do everything at a fast cadence: eat fast,sleep fast.”

I don’t believe in having role models.  I have never wanted to be someone else, either for better or for worse. Though I live to get inspired. I am constantly looking for people with inspiring stories. I know a lot of people who inspire luckily, or I have read their stories through books. I am craving for inspiration. In these list of inspiring people the number one has always been LANCE ARMSTRONG. His book IT’S NOT ABOUT THE BIKE is my BIBLE. I have read it for seven times now. Whenever I am down with injuries (which is pretty often)  or I am questioning my dreams I open the book and start reading it. It doesn’t have to be from the start it can be from any random paragraph in any section of the book. For me his words are the best piece of wisdom a man has ever bestowed upon his fellow people.

I am in absolute awe of the man. I first read it when I was 17 years. I suffered my first major knee injury then.   The first thing I did after reading the book was to get that yellow live strong band on my wrist.  Throughout the comeback period and when I entered my first tournament after a gap of an year I had that band on my hand.  When I sulked I looked at that band, when I felt pain I looked at that band. The band reminded me about his fight with cancer and how he clawed his way back, and compared to his ordeal mine was nothing.

” What is stronger, fear or hope? It’s an interesting question and perhaps even an important one. Intially I was very fearful and without much hope, but as I sat there and absorbed the full extent of my illness, I refused to let the fear completely blot out my optimism. Something told me that fear should never fully rule the heart and I decided not to be afraid.”

After the first book I made it a point to read everything that was written on him. I came across an interesting book which was just written on Lance’s body science. It claimed that how Lance’s body mechanism was the most ideal body mechanism an athlete can have.  Just after his Tour de France’s second win there were talks about a drug scandal. There were races in which the second and the third placed cyclists were disqualified for doping and banned from the sport. Though Lance like always denied all the claims. He made himself available for every dope test and cleared all of them. My respect for the man grew even more. During that time I read a book by a sports journalist David Walsch who wrote how there were scams running to save Armstrong from getting caught. He put in a lot of evidence in his book. He has written about four books on Armstrong. He had his team mates and opponents even his massager  interviewed and caught on tape panicking about ‘positive dope tests.  Then I saw the Tyler Hamilton interview on the show 60 mins which kind of shook me up a bit. Hamilton was in Armstrong’s team and a good friend also an Olympic gold medallist.  He is teary eyed throughout the interview and visibly guilty and uncomfortable when he spills out the beans on the whole doping scandal. He says hes seen Lance injecting EPO, seen him go through blood transfusions also seen him bribe the system to get through a positive dope test.

It will be right to say that I personally today have an asterix in my mind about  LANCE ARMSTRONG  the CHAMPION, about the way in which he won those seven tour de France titles. Though there is another truth that cannot be denied he is a HERO for millions of people and especially those who suffer from cancer. The Lance Armstrong foundation has raised about 500million dollars for patients around the world. He gives people hope and you cant give anyone a better present than that. The kind of commitment he has put in to make a change his dedication towards the cause deserve nothing but  absolute respect.  His fight against cancer was real, he survived cancer and had the will to comeback to his sport, his need to bring change in other people lives was real, his will to win not just once but seven times is real and nobody can take that away from him.

The world today with it’s wars over peace, religion, corruption is in desperate need of HEROES. Today when thousands die in their fight for a respectable life god knows we need more HEROES than the CHAMPIONS.  So at least I have let the HERO transcend the CHAMPION and embraced him. I  LOVE YOU LANCE!!!

“Today I turn the page. I will no longer address this issue, regardless of the circumstances. I will commit myself to the work I began before ever winning a single Tour de France title: serving people and families affected by cancer, especially those in underserved communities. This October, my Foundation will celebrate 15 years of service to cancer survivors and the milestone of raising nearly $500 million. We have a lot of work to do and I’m looking forward to an end to this pointless distraction. I have a responsibility to all those who have stepped forward to devote their time and energy to the cancer cause. I will not stop fighting for that mission. Going forward, I am going to devote myself to raising my five beautiful (and energetic) kids, fighting cancer, and attempting to be the fittest 40-year old on the planet.” 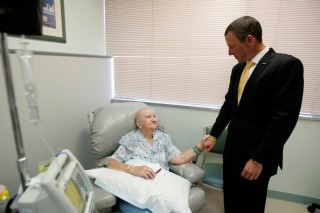 3 thoughts on “Its not about the DOPE…”