There were a lot of reactions in the recent petrol hike situation and rightly so. Most of which included mostly cursing the government and so on. I on the other hand have been thinking what if we take this as a blessing in disguise,a warning. Don’t think I have lost my mind. I have a logical explanation to  that statement. ( at least think it’s logical). So read on! 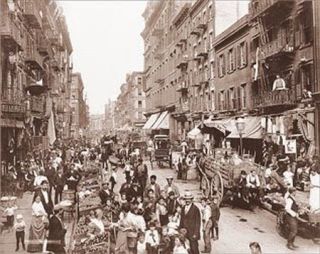 To explain things a little better I am going to give you guys a little bit of history. Robert Moses and Jane Jacobs were two great thinkers of how a city should be planned in the earlier 19th century. Moses changed the look of America and its cities. Newyork  in the early 19th century was a very different sight. You hardly saw a car on the road,no flyovers or bridges. All you saw were hundreds of people on the roads either walking or cycling to their destinations. The road was a playground for kids. The only other mode of transport was the horse cart.  As science progressed the car was invented, and slowly but surely you saw hundreds of them on the road. Suddenly the streets were a mess there wasn’t any traffic control and space leading to jams and accidents. This is when Robert Moses came in and said he had a solution. He started building flyovers and bridges everywhere. As the roads became wider and better, the car also became much more affordable. The sight on the streets changed. You saw less and less pedestrians, no more children playing on the streets. The city was now planned only for cars and not for people. 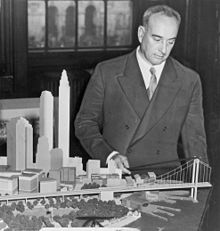 Jane jacobs was an arch rival of the Moses philosophy. Moses would just break down the houses of the poor people leaving them homeless for the purpose of making his flyovers. Jane’s argument was very simple. She asked a fundamental question , ” We want our cities made for the car or for it’s people?’ .  A city should be safe for its children to walk on the road. At that time Jane was just brushed off by Moses. He said she had no architectural knowledge. (she wasn’t a qualified architect). Though Jane was brushed off at that time today people in the States are going back to what she said and actually seeing her way of looking at cities as right. 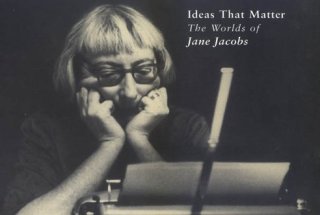 This change of perception is not just in the states but also inmost of Europe ,is mainly because of the depletion of natural resources, especially oil and petrol.  The pollution and the vast amount of damages to health is another cause of concern. They have started realising that if do not alter our ways right away our next generations will have nothing left to use. Also cutting down of trees and forests also hills to make roads is hampering nature. Also the streets are increasingly isolated from children and pedestrians.America is still just starting to make changes in the way they build there cities. Though Europe especially Copenhagen and Amsterdam are way ahead of the curve.  They are fighting for the place of the most liveable city in the world.

The Danish architect Jan Gehl is the chief man in making Copenhagen such a people friendly city. He emphasised on a very good public transport system, trains and buses.  Then he gave top priority to bicycles on the road. The roads in the city are the most bicycle friendly. He has turned most of the parking spaces into people’s spaces,as in into markets and pubs. Also in various cities including London. They have a system called congestion pricing. Every car that enters a busy city street has to pay for it. This change has already cut down the use of cars. As they are heavily charged most of the people prefer to use the public transport. In Paris they invented a revolutionary  cycle system called VELIB. There are cycles available besides ever subway station. You swipe your card an take the cycle anywhere you want and park it anywhere they will be taken back to the nearest subway station. This has led to less and less use of taxis in Paris.

The concepts the world is using are very simple. They give top priority to cycles and public transport. Cycle slowly is becoming the coolest thing you can own to commute. It’s most environmental friendly, a good exercise, the cheapest mode of transport and absolutely low maintainence. Making a city cycle friendly is not an easy job. Most of the cities I have mentioned above have took 20 to 30 years to become as good as they have. Gehl says we have to make small changes every year however insignificant they seem and after a period of time they turn into revolutionary changes. 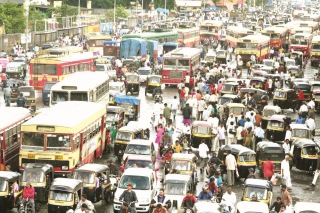 I know we cannot ride a bicycle in our cities. I can especially talk about Pune. We donot have much respect for our cyclists, our cyclists are just not safe. I think Delhi,Bangalore and Mumbai do have a good public transport system. The Delhi metro is really impressive, I almost thought I was in london. Though Pune being such a big city has a really bad public transport system. We have an absolute disregard to our pedestrians population. Really, how does a sixty year old cross the road in Pune, is a big question nobody seems to ask. I mean we are called the retirement city for god sake.  All the city seems to do is build flyovers to accommodate traffic. Our cities are exactly at the stage where Newyork was some years ago. They have realised now that Robert Moses way just not sustainable. It will collapse. We have to learn from there mistakes because if we don’t wake up soon, we are in for big trouble.

The simple truth is petrol will be non existent very soon if we don’t alter our ways. The amount of loved ones we lose in accidents is increasing day by day. We have to start being creative and look for alternative measures. If we don’t all we are going to be left with is the solar energy. There are a lot of NGOs working on making cities more environmental friendly. I think it’s high time we start rendering our help not because it’s noble and they need our help. Its exactly the other way round we as citizens need their help.

Jane Jacob must be looking up from the heavens and surely having a great big laugh, saying I told you so!…..I hope God gives us the strength and the wisdom!

Sent from my iPad